Mr Justice Tugendhat handed down judgment today in the case of Sarah Thornton v The Telegraph. He found that Lynn Barber, a well-known British journalist, had committed both libel and malicious falsehood in her review of Sarah Thornton’s book Seven Days in the Art World, which was published in the Daily Telegraph on November 1, 2008.

The Judge also said that Ms Barber had “lied in the course of giving her oral evidence” and that he had not been convinced by many aspects of her testimony, including her reasons for ignoring Dr Thornton’s initial complaint and her account of when she deleted her emails. The Judge described Ms Barber’s malice and the Telegraph’s failure to set the record straight as serious aggravating factors.

According to the judgment, a motive for Ms Barber’s attack was Dr Thornton’s factually accurate but “disobliging” account of Ms Barber’s behaviour during her time as a Turner Prize judge in chapter 4 of Seven Days in the Art World. The passages in question had previously appeared in an article by Dr Thornton published in The New Yorker.

Mr Justice Tugendhat, the UK’s most senior media judge, ordered Telegraph Media Group Ltd to pay Dr Thornton £65,000 in damages and her legal costs on an indemnity basis. Her barristers were Ronald Thwaites QC and Justin Rushbrooke. Her solicitors were Taylor Hampton.

Dr Thornton commented, “This case is about journalistic integrity. At a time when the ethics of the tabloids are under scrutiny, here is an example of a ’quality’ journalist’s abuse of power.”

“Without my lawyers who agreed to act on a ‘no win, no fee’ basis and without the backing of Temple Legal Insurance, I would not have been able to clear my name,” she added.

Daniel Taylor, of Taylor Hampton solicitors, said: “Critics are rightly valued for their opinions but the Judge has made clear that they must not misrepresent the underlying facts deliberately or recklessly. We believe that this is the first ruling in decades to find malice against a reviewer.”

To learn more about critical media analysis for the art world, click the image below: 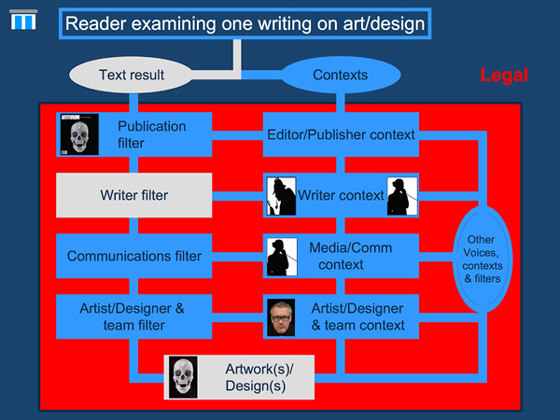