Is this the most important book on art of our time?

Now and again, there are writings about the art world that shake things up a bit. Seven days in the art world (2008) by Sarah Thornton may be that kind of book. Former Turner Prize winner Grayson Perry says, "[This book] is a great page-turner… I worry that the book demystifies things so much that the next generation of artists will be over-informed." I fully agree with the cross-dressing artist who definitely knows a thing or two about appearance versus reality.

Seven days in the art world is divided into seven chapters showing seven kinds of sub-cultures in today’s art world: at a New York auction; in a marathon crit at CalArts led by Michael Asher, at the Basel Art Fair, around Britain’s Turner Prize, on Artforum, describing a visit to the operations of Takashi Murakami, and observing the Venice Biennial.

Drawn from over 250 interviews over five years, reading the book at times is eye-popping. It’s certainly an interesting take mapping out the complex dynamics, power structures, squabbles and struggles in the power-end of the art world.

Using what she described as a participant-observation approach from sociology, Sarah Thornton presents an easy-to-read social history of the recent past, and her access is highly impressive and appears unique. In fact, it’s her approach—and situational distance from the art world—that arguably delivers more authentic information about our specialism.

One of my favorite quotes from the book is from a high-powered California gallerist, "The art world isn’t about power but control. Power can be vulgar. Control is smarter, more pinpointed. It starts with the artists, because their work determines how things get played out, but they need an honest dialogue with a conspirator. Quiet control—mediated by trust—is what the art world is really about."

Now onto excerpts from my interview with Sarah Thornton.

R.J. Preece: Are you a spy in the art world, or a renegade, or a networked insider? 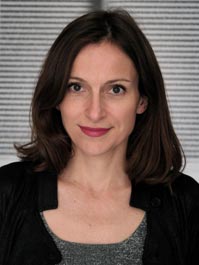 Sarah Thornton: When I started researching Seven Days in the Art World, I was a complete outsider. Over the course of five years of interviewing and participant observation, I slowly built up a network of informants.

Some people confuse good access with being an insider. Any good ethnographer has to flirt with “going native,” but they can’t forget their original spy-like mission. As a writer, the obvious way for me to have become an insider was to adopt the role of the critic. But, despite many tempting offers, I have not written catalogue essays or reviews.

Moreover, I resist the label “critic.” I try to refrain from overt public judgment even if I have my preferences and they occasionally slip out.

R.J. Preece: You mention warring factions in the art world… what have you seen?

Sarah Thornton: The art world is not a smooth-functioning system but rather a cluster of squabbling subcultures, each of which espouses a different definition of art and often feels a measure of hostility towards the other sectors.

For example, many people in the art world love to loathe the auction houses and their clients who are the subjects of chapter 1. They do not identify with the way this subculture positions art as a financial investment and luxury good.

A different subset of the art world feels intense antipathy towards Artforum and art magazines like it, which are featured in chapter 5. They are angered by what they see as its obscurantist discourse and its elitist power to exclude artists from its club.

In writing this book, I had to weather a lot of conflict.

R.J. Preece: So some people are not happy about their representation?

Sarah Thornton: Certain people asked me to cut material and I refused. Many people in the book are not entirely comfortable with my representation of them, but I hope they can still recognize themselves.

R.J. Preece: In your "Author’s Note", you write, "In the interests of narrative flow, I sometimes found it necessary to practice what I call ’displaced nonfiction,’ in which a quote completed in a phone call is situated ’on location’ in a real art world scene.’"

Sarah Thornton: Any character with more than a few lines probably gave me more than one interview and put up with a lot of back-and-forth to make their quotes more thorough, crisp and scintillating. Often they’d say something on location and I’d call or email them later to ask: could you elaborate? Be more specific? Give me another metaphor? That’s why the book doesn’t read like a series of interview transcripts. For the most part, I don’t foreground this labour, so the book is exhaustively researched but not exhausting to read.

R.J. Preece: To what extent do you think art has become a religion for atheists, and do you find this worrying?

Sarah Thornton: Contemporary art is something for which art-worlders often declare a ‘belief’. Indeed, artworks often require a leap of faith on the part of the viewer. Particular artists, even specific galleries, can offer a sense of community not unlike a local church. I don’t worry about this. On the contrary, I take solace in it.

R.J. Preece: I think Seven Days in the Art World might be the most important book on contemporary art of this time as it makes the art world more transparent, and might lead to reform.

I researched and wrote the book as dispassionately as I could because I genuinely wanted to understand how the art world works. By the time someone finishes reading the final chapter, they should have a clearer understanding of this sphere. I assume they’ll use this information in whatever way they see fit.