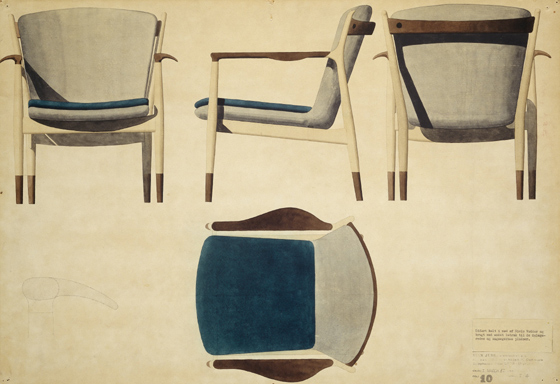 Finn Juhl: Furniture for the Senses

Designmuseum Danmark celebrates the 100th anniversary of furniture designer Finn Juhl’s birth with a series of special events and an exhibition where visitors can touch and experience the details in some of his organic masterpieces and study his original water colours and working drawings from the museum’s collection, which recently underwent conservation. 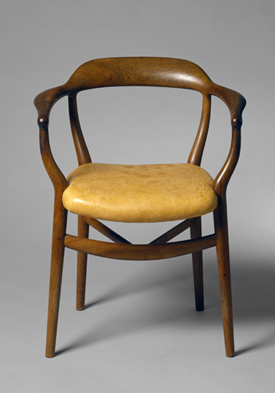 Sensory furniture
Designmuseum Danmark’s celebration of the Finn Juhl anniversary features multiple elements. The main attraction is an exhibition in the rooms in front of the store by the lobby. Here, selected examples of Finn Juhl furniture from Onecollection’s new production line are on display. This means that for once the audience can touch and sit in the furniture – and gain a first-hand experience of Finn Juhl’s original furniture design that goes beyond the visual impression. In this room, Finn Juhl’s unique and recently restored original watercolours of these furniture types are also on display. The furniture is thus placed into a larger exhibition context supplemented by film and other documentary material. A small catalogue will be published in connection with the exhibition.

Finn Juhl – an artistic furniture designer
As a young man, Finn Juhl dreamt of becoming an art historian. His profound understanding of international contemporary art as well as historical art remained an important platform throughout his career. He became one of the leading furniture designers of the 20th century and had a strong artistic touch. Throughout his life he always emphasised that as a furniture maker he was self-taught. He had trained as a building architect but never had the time to complete his studies. He only designed a couple of summer cottages and a bungalow, all characterized by radically modernist spatial sequences.

Finn Juhl began his career as a furniture maker in the 1930s, and unlike his fellow designers who were trained cabinetmakers, he made heavy, upholstered furniture. From the beginning, his furniture stood out in stark contrast to the leading furniture professor Kaare Klint and his students’ rational, traditional and geometric design. Juhl did not favour the idea of simply continuing the line of tradition but also drew inspiration from other sources, particularly contemporary art. As a result, his furniture not only resembled sculptures by Henry Moore, Barbara Hepworth and Erik Thommesen but was often displayed alongside works by these artists.

An exponent of Danish organic modernism
Finn Juhl’s furniture calls out and sparks admiration, because it possesses a certain light, sculptural elegance that reaches far beyond its own time. With his organic and artistically inspired shapes, Juhl was a main exponent of the organic variant of international modernism. His early furniture sculptures resembled giant mammals.

In his main accomplishment, “Chieftain Chair” from 1949, the organic, thinly padded points of contact, the seat and armrest, appear to be floating. The chair had organic details reminiscent of tools by indigenous peoples, and it was groundbreaking for Finn Juhl. Along with Hans J. Wegner’s contemporary furniture, especially, it was crucial for the breakthrough of Danish design in the USA in particular.

The American avant-garde had no trouble grasping Finn Juhl’s dynamic lines. After all, the USA was the country that had introduced streamline design in the 1930s. After the war, European modernism was continued by the American art elite, which embraced Juhl, in part thanks to his friendship with Edgar Kaufmann, who was head of the design department at the Museum of Modern Art in New York. Juhl was not only a key exponent of Danish Design abroad. In the 1950s he was the architect behind several important travelling exhibitions about Danish design in the USA, and he also handled important interior design assignments abroad, including the Trusteeship Council Chamber at the UN Headquarters in New York. 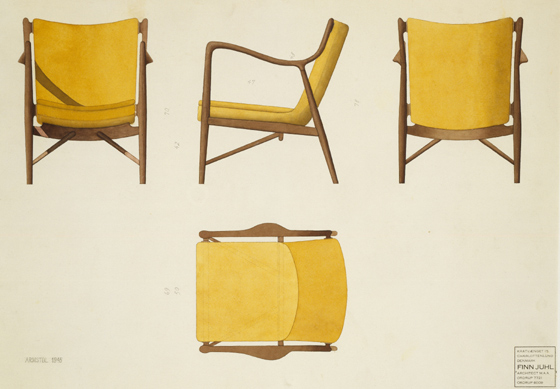 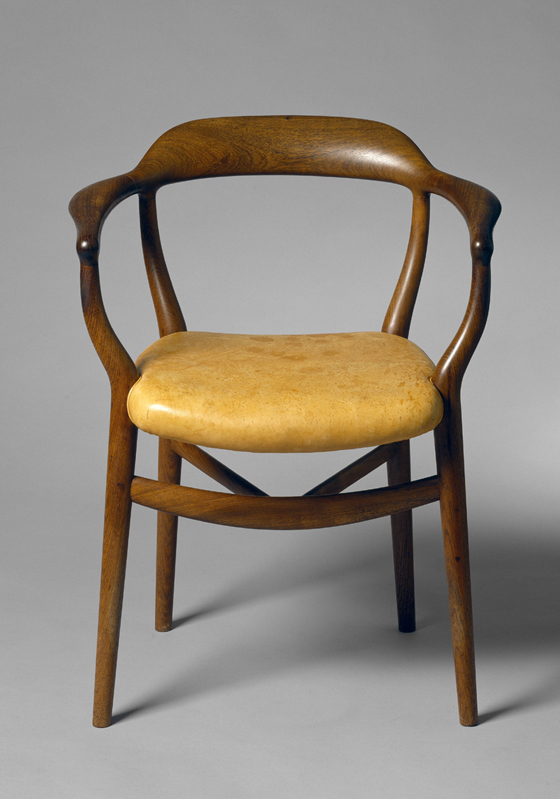 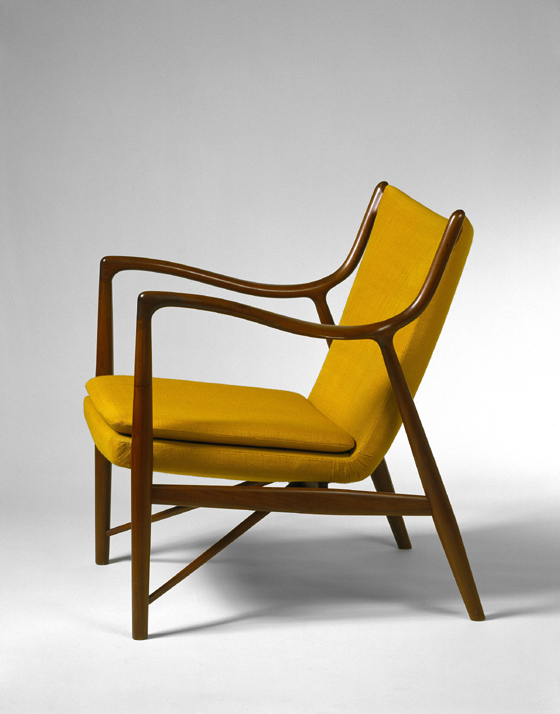