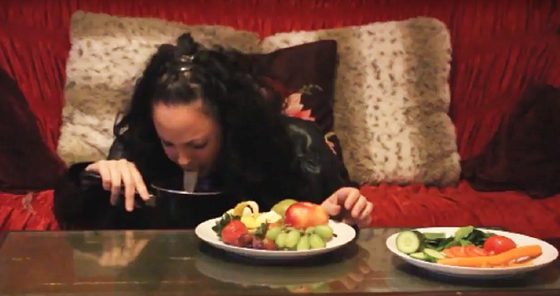 Sometimes cheaper is better. With the skyrocketing cost of university tuition in the United States, as with anything else, perhaps it’s time to do some comparative international shopping. Cynthia Cruz from Miami did just that, which ended up bringing her to London in August 2012. I, myself, did this 15 years earlier and went to Birmingham, 90 minutes by train from London. (The cost of my two-year MA in art / design history back in the late 1990s totalled to about USD$10,000, the overseas student tuition rate.)

To learn what it’s like nowadays, I interviewed Cruz, who was awarded a Master’s in Fine Art at Goldsmiths, University of London in 2014 and currently resides in the English capital.

Robert Preece: What were you doing before you were accepted to Goldsmiths?

Cynthia Cruz: In 2010, I received a BFA from New World School of the Arts in Miami, where I grew up. Before this, I was living in New York for about 10 years bartending.

After graduating, I had a few exhibition experiences and I was working on the side. I exhibited work in group shows at David Castillo Gallery and Casa Lin during Art Basel Miami Beach. I also was commissioned by the Bass Museum to do an installation during Art Basel in a commericial shopfront window.

At about this time, I was thinking about pursuing an MFA. I applied to Goldsmiths in 2012 and was accepted.

Preece: What led you to look at overseas MFA study options, and why did you choose London?

Cruz: I have always been drawn to London and found the English music scene always intriguing. I needed a change and London just felt like the right move. Also, studying abroad can be much cheaper than studying in the United States, so it seemed like a sensible decision.

Preece: I’ve heard that still today when studying at certain overseas schools, some are set up for US students to receive American student loans. Did you have them? Were you able to easily work part-time with your student visa?

Cruz: Yes, I did receive American student loans to attend Goldsmiths. It was the only way I could study here; otherwise, I couldn’t afford it. I didn’t work while I was studying, however, as the program was very demanding. But if I wanted to work part time, I could do so with my visa.

Preece: I also received American student loans that were enabled via my university in Birmingham. I recall there was some sort of list of approved overseas schools on the U.S. Department of Education website.

As we know, London is typically a pricey place. Do you sense things can be done more cheaply than in New York?

Cruz: London is quite similar to New York in a lot of ways. You do not need a car and the rent is also expensive. However, my education was much cheaper, so it ended up being more affordable than being in New York.

Preece: Also, that’s London and New York. As we know, outside of London into other areas in England, housing can be considerably more affordable.

Generally speaking, how was the process of obtaining a student visa for you? Any quick advice about lower-cost housing in London?

Cruz: Once I found out that I qualified for student loans, the visa wasn’t too hard to get. It was basically filling out a lot of paperwork; it’s tedious but definitely doable. For housing, I was able to find a roommate, but Goldsmiths does offer student housing. The best way to find a roommate is through social media; Goldsmiths has a Facebook page and students always post available rooms.

Preece: What about medical insurance and transportation costs?

Cruz: The National Health Service is free which is something I wasn’t used to, coming from the States. Transportation is expensive here— the bus, tube and trains; I’d recommend living close to where you study, so you do not have to pay as much to commute.

Preece: What things in the UK took time to adjust to? Was studying in the UK system also an adjustment?

Cruz: There were some unexpected challenges. It took time to open a bank account and find a cell phone provider because I didn’t have established UK credit. In short, the best advice is to ask the foreign students about the current possibilities.

However, studying in the UK system was not hard to adjust to. I actually enjoyed how challenging Goldsmiths was, and I met great people.

Preece: Interesting about the bank account. Twenty years ago, I recall that I just had to show that I was a student— and then got a “student account” immediately with an automatic overdraft [a line of credit]!

What things did you like about studying at Goldsmiths? What did it bring to your art that maybe you think would have been different if you studied in the US?

Cruz: Goldsmiths has a visiting tutor program whereby you get to select several people for studio visits throughout the program. So, artists, curators and gallerists came to my studio for one-on-one critiques. I do not know many universities that offer this. My work has been received well here and more doors have opened for me here.

Preece: Interesting. I found it at times a lot more open and then in other situations a lot more closed, but I wasn’t based in London although visited there monthly. I found my MA very empowering. I was encouraged to very deeply learn a topic, then offer my take, really take it far, but also be able to adjust and defend it.

Now that you’ve graduated and have a situation whereby you have continued to live and work in the UK, does being there structurally free you to focus more on art than if you were in the US?

Cruz: Although it is expensive here, I do not need to worry about maintaining a car, health insurance, etc. So it does actually even out compared to Miami, and there are many affordable studios here.

Preece: I was in the U.S. about 23 years ago, and I think it’d be financially impossible to do what I do independently here, over there. Do you think it’s been easier to access inclusion in exhibitions, etc., or is it tougher? 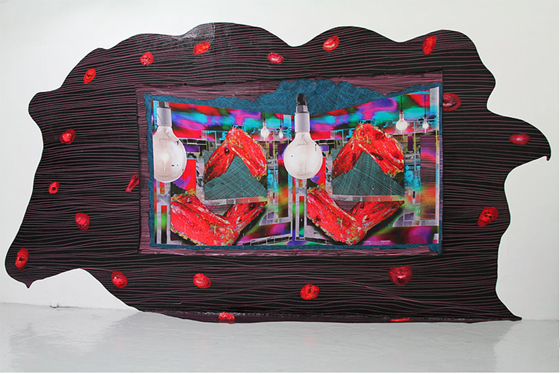 Cruz: My work has been well received here; I have curated shows and been asked to take part in exhibitions. I do think there is more opportunity here, there are a lot of places to exhibit, and it seems a lot more open.

For example, in May, I co-curated an exhibition at ASC gallery in London with some excellent painters. I am also in a collaborative called GROK; we make soundscapes with apps and other unconventional means. We will be recording our second album this year. We currently have a video showing at Focal Point Gallery in Southend-on-Sea to the east of London.

Preece: Lastly, what kinds of US persons do you think should maybe consider a non-US MFA— and maybe those that shouldn’t? Any final quick tips?

Cruz: This depends on the individual. I did not have any commitments when I decided to move, which may have made things easier for me. It really depends on how well the person adjusts to change. It may not be so easy for some people to just move to a different country. I think you have to move with an open mind and ask for help or advice from people who have made the same move. Things went much smoother for me because I had friends already in London that gave me advice on practical things.

Cruz: None whatsoever. I am very happy I did what I did.